Visitors can enjoy whitewater freestyle and surf shows and educational demos throughout the day with professional whitewater boaters.  Come out to the Mad River Run, Dayton’s first whitewater feature, to watch the whitewater action. Have your own boat? Check out the run for yourself!  Or try a demo boat or SUP. Check out the full lineup of events and competitions. 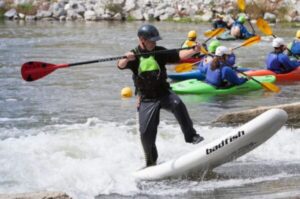 Lamar Jackson from Cincinnati has been a fan favorite at the event for more than a decade. 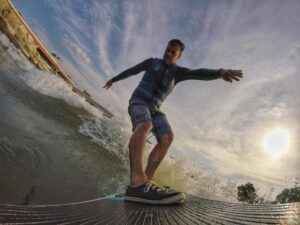 Shannon Thomas is a local, legendary  standup paddler and river surfer. He spends his time surfing, climbing, backpacking, chasing sunsets, and seeking fun. He is a man of many trades, including designer, innovator, professional athlete, dog dad extraordinaire, and van life boss. 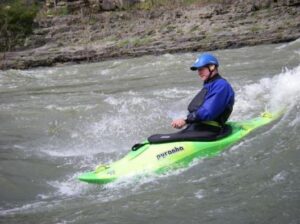 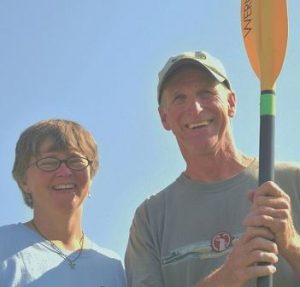 Bernie Farley co-owns Dayton paddlesports specialty shop Whitewater Warehouse with Jeryl Yantis.  Bernie has been a driving force in his hometown of Dayton for many years that has seen the paddling community take off including the addition of the Mad River Run and RiverScape River Runs in recent years.  You can find Bernie paddling throughout the rivers of the region when he isn’t on his home water of the Mad River.

Heads up! A signed waiver is required to participate in Activities.